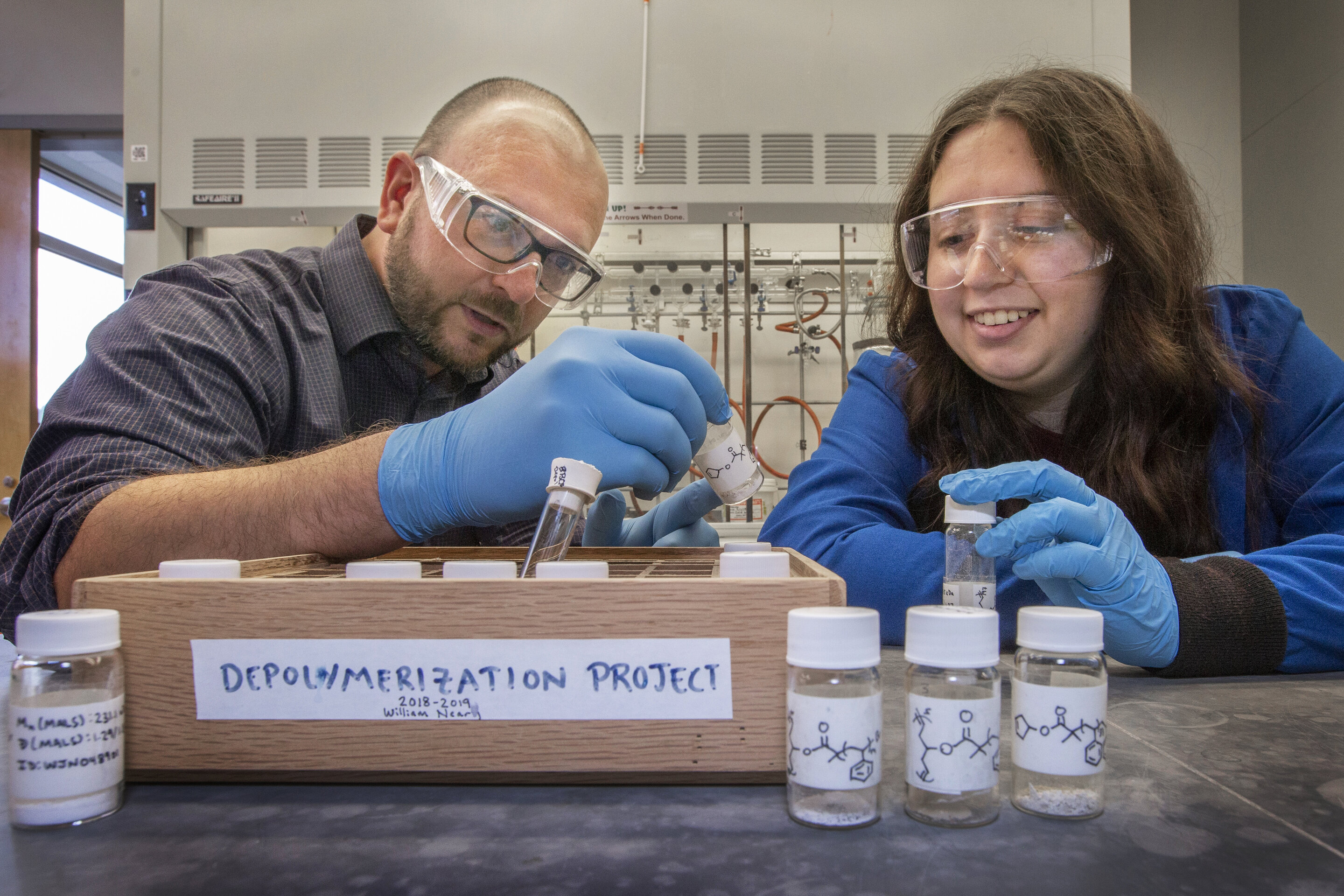 A Florida State University research team has developed methods to manipulate polymers in a way that changes their fundamental structure, paving the way for potential applications in cargo delivery and release, recyclable materials, shape-shifting soft robots, antimicrobials and more.

« We are making a polymer completely change its architecture through a chemical response, » said FSU Assistant Professor of Chemistry Justin Kennemur. « In nature this happens too. Think of how a caterpillar becomes a butterfly. The cellular machinery changes the design of natural biopolymers and hence their properties. That’s what we’re doing with synthetic polymers. »

The research is published in the Journal of the American Chemical Society.

Polymers are materials made of large molecular chains composed of chemically similar repeating units. They touch almost every part of everyday life and include materials like plastics, rubbers and gels and natural biological structures such as DNA and proteins.

In the big picture, Kennemur is working to develop high-performance polymers with super-elastic and super-soft properties that could be used as joint or cartilage replacements. To do that, he and his team are exploring the boundaries of how existing polymers respond to stimuli and can be reorganized for better performance.

Polymers that spontaneously « unzip » or deteriorate in response to an external stimulus have gained traction from scientists for their potential use in a variety of applications. However, this spontaneous deteriorating—called depolymerization—often makes them difficult to assemble in the first place.

Kennemur refined a process to both create the polymer and cause it to break down, completely changing its structure.

Kennemur and his team developed a thermodynamic strategy where they synthesize the macromolecules at a lower temperature—about -15 to 0 degrees Celsius—and then stabilize the polymer before warming it up. At warmer temperatures, the materials could depolymerize with a triggering event—the introduction of a catalytic amount of the element ruthenium—which causes an unzipping of the polymer.

« We’ve really invested in leveraging fundamental thermodynamic principles in polymer science, and we use this to transform the molecules into a variety of possible shapes and chemistries, » Kennemur said. « It’s a way to recycle these materials, but it’s also a way to get them to respond and change their architecture. There are a lot of fun possibilities with this. »