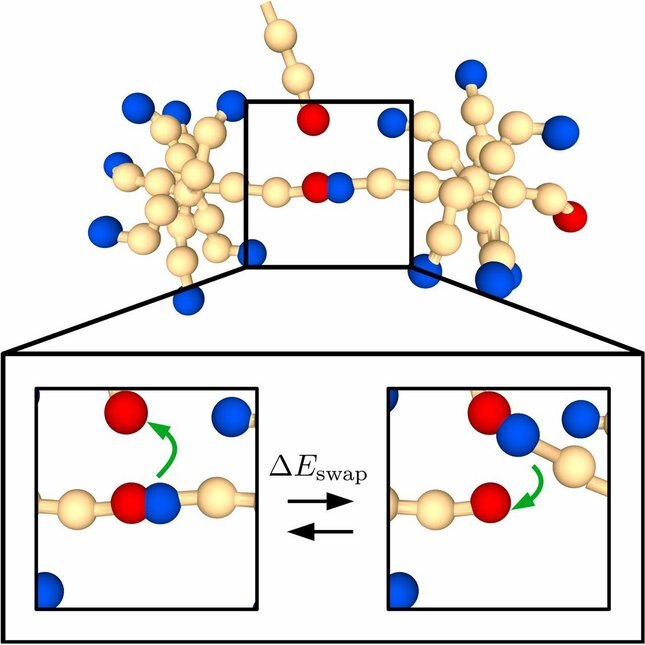 A recently discovered group of recyclable plastics seems to be a promising alternative to the hard plastic that is difficult to recycle. However, we are not yet seeing these so-called vitrimers used in products because they are difficult to process. Researchers at Eindhoven University of Technology discovered that the processability of this new form of plastics is influenced not only by the temperature but also by the density. Such insights should lead, among other things, to recyclable dashboards for the automotive industry. These results were published yesterday in the journal PNAS.

Plastic is known to be difficult to recycle and therefore very environmentally unfriendly. However, this mainly concerns the so-called hard plastics, or thermosets, such as billiard balls or the dashboard in your car. Another group of plastics, thermoplastics, which the industry uses to make foil, coffee cups or toys, is very easy to recycle but unfortunately also a lot less strong. In 2011, a new group of plastics was developed, the so-called vitrimers, which are as strong as hard plastics and are recyclable. In 2015, the discoverer of the material was proclaimed European Inventor by the European Patent Office (EPO).

No matter how promising, vitrimeric polymers are still a long way from commercial application. To get to this stage, manufacturers need to know how to give the material the desired properties so that it can be used in products. Scientists, however, are still largely in the dark about how exactly the material works.

TU/e physicist Liesbeth Janssen, Ph.D. student Simone Ciarella and BSc student Rutger Biezemans are now presenting a computer model that shows how temperature and density affect the vitrimeric polymers. Janssen: « Now that we have a better understanding of the physical composition of the material, we hope to produce real recyclable plastics for the industry in a follow-up project. »

Their model shows that the fragility of the vitrimers is decisive for their processability in the factory. Ciarella: « Fragility is the rate at which a material changes from a solid to a liquid (melting) and vice versa (solidifying). The lower the fragility value, the easier the plastic is to process and thus the better the material can be recycled. »

In addition to understanding and predicting what kind of influence this fragility has, Liesbeth Janssen and her colleagues were even able to tune the fragility of the plastic. It appears that the fragility can be changed by adjusting the density of the material. In this way, in the future the manufacturer will be able to set exactly the desired behavior.

To explain the effect, we need to zoom in on the physical properties of all three types of plastics. Plastics consist of very long strands, also called polymers. Thermosets are so strong because of the many connections between these strands. And that immediately explains the poor recyclability. Heating causes these connections to irreversibly break. Thermoplastics have no connections, and are therefore easily deformed by increasing the temperature. But that also makes them less strong.

Ciarella: « The interesting thing about vitrimeric polymers is that they do have a lot of connections, but when heated these connections can switch between different strands. At room temperature, these vitrimers therefore behave as strongly as thermosets. But when heated, they behave like easily deformable thermoplastics, so when melted these plastics retain their quality. »