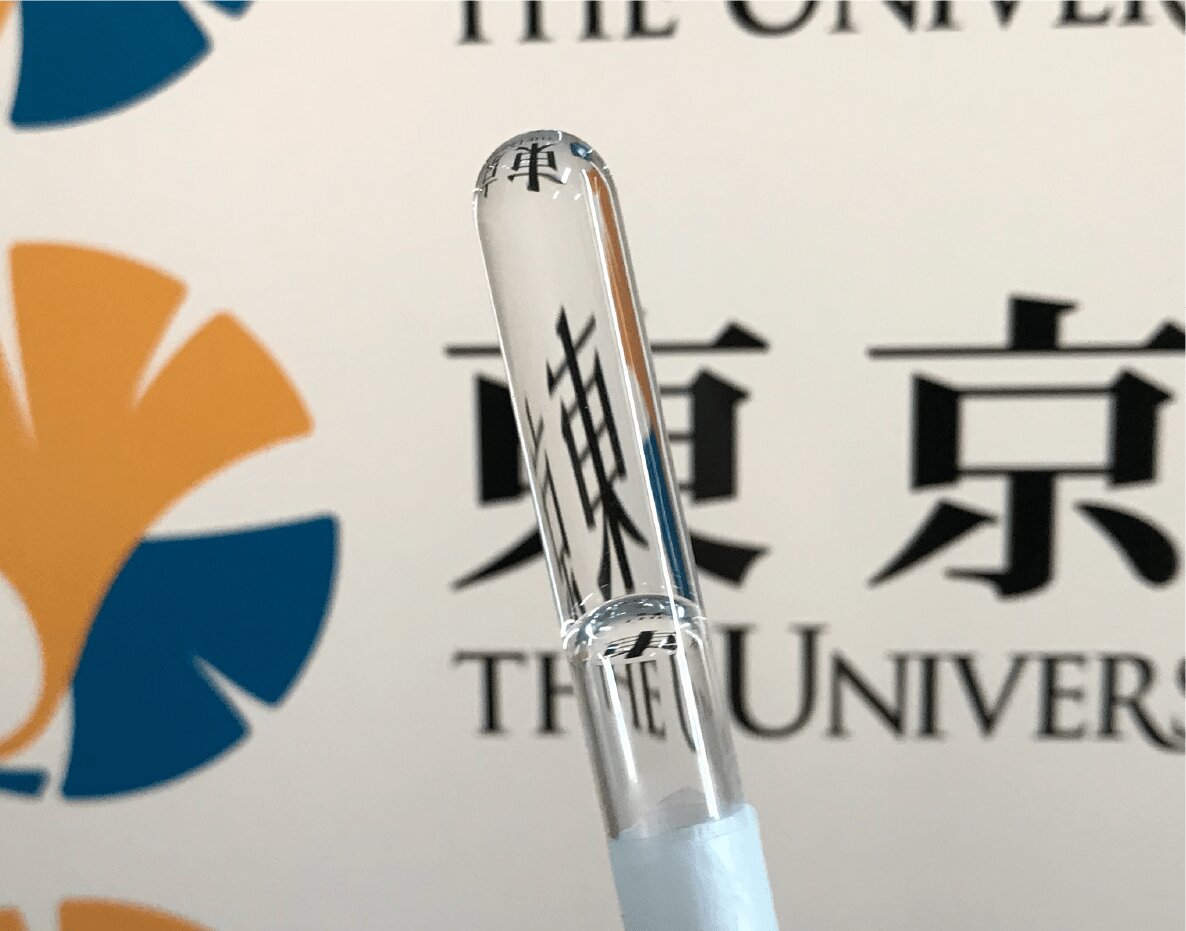 Gel-like materials have a wide range of applications, especially in chemistry and medicine. However, their usefulness is sometimes limited by their inherent random and disordered nature. Researchers from the University of Tokyo’s Institute for Solid State Physics have found a way to produce a new kind of gel which overcomes this limitation. It is still malleable and adaptable like existing gels, but it has a more ordered structure, which can open up a new range of possible uses in various fields.

When you hear the word « gel, » you probably conjure up the image of something viscous, like some cosmetics substances or the inside of a memory-foam mattress. But in the world of scientific research, gels have a more specific definition. Strictly speaking, gels are three-dimensional networks of polymers—chains of molecules—with microscopic pores between the chemical strands. The nature and arrangement of these polymers give gels different functions with common applications, such as chemical filtration or drug delivery.

The creation of polymer network gels is difficult to control, so they are very disordered and contain many structural inconsistencies or defects. They are said to be heterogeneous, meaning their forms vary widely throughout their structures. However, Research Associate Xiang Li and colleagues have found a novel way to maintain a high level of order while fabricating polymer gels. The result is a homogeneous gel that is more consistent throughout its structure while still providing the benefits of a highly porous and malleable material.

« We demonstrated that it’s actually quite easy to synthesize an extremely homogeneous gel network, » said Li. « First, we tightly packed some star-shaped polymers together in a solvent and added some chemicals which, when activated, join these star polymers together. We activated the joining or cross-linking chemicals in a controlled manner; this in turn led to a more ordered polymer gel network than one might ordinarily expect from this kind of process. »

The fabrication process, based on a concept known as bond percolation, is very effective at producing ordered gel networks—so much so that researchers feel it forces them to redefine what actually constitutes a gel. Previously a gel was assumed to contain disorder and defects, however these are no longer key properties. But all this work is not just for the sake of making something new; it has a strong purpose and it could lead to some interesting advancements.

« Ordered yet flexible gel networks could be used in applications like high-performance chemical filters, flexible sensors, mechanical actuators, controlled drug release and even ultraclear optical fibers, » explained Li. « We want to encourage others to build on our work here and find other ways to synthesize new polymer gels based on what we have started. Although our method was very specific, it lays the foundations for a more general experimental platform. »

The study is reported in Science Advances.